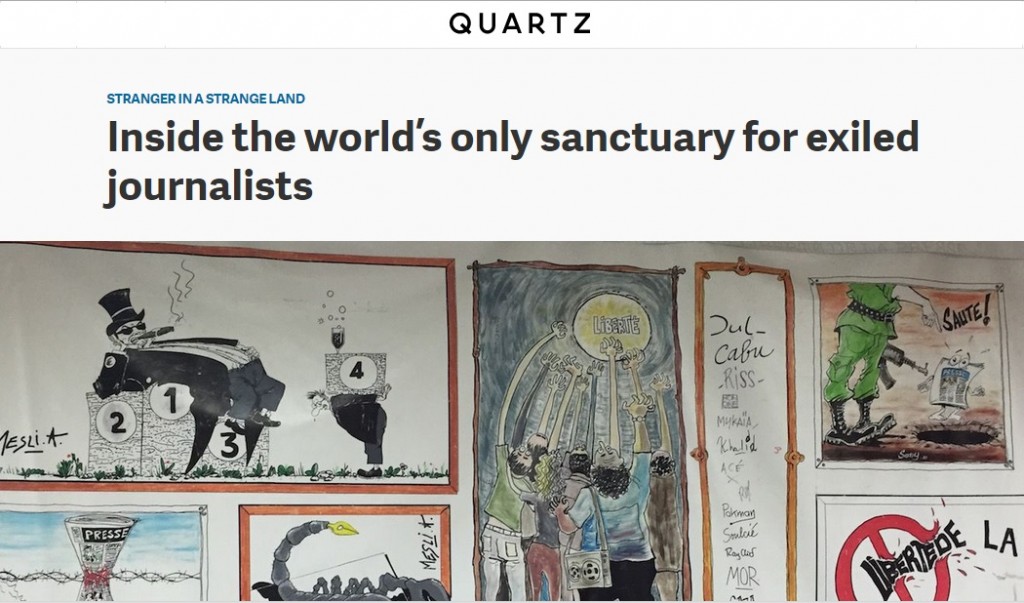 “And because I make jokes sometime: and you know how dangerous it is to make jokes even in joke?”
—Ernest Hemingway, For Whom The Bell Tolls (1941)

PARIS, FRANCE—“I disapprove of what you say, but I will defend to the death your right to say it.” Voltaire never actually said (pdf) those words, but the great French writer would have understood how much they applied to the jokes made by the French satirical magazine, Charlie Hebdo.
Voltaire, exiled from Paris for almost three decades for his ironic anti-clerical works, would have also understood the potential repercussions—he himself made Islam one of his targets in his 1736 five-act play, Fanaticism, or Mahomet the Prophet. The deaths of the cartoonists at the hands of the Kouachi brothers earlier this year shattered some easy assumptions, perhaps the biggest being that we live in a world where you can’t be murdered over a joke.
Not far away from those bloodstained Charlie Hebdo hallways, on the other bank of the Seine, there’s a building that houses those who have experienced the alternative to death—exile. The men and women inside the Maison des Journalistes, the only refuge for threatened journalists in the world, already know how quickly a life can change over a few choice words.